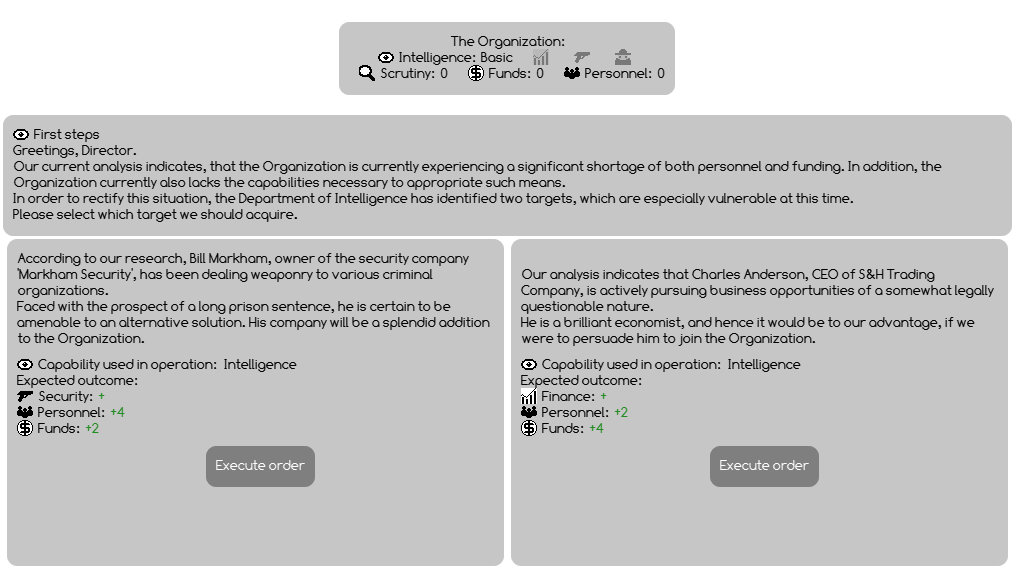 Unseen by everyone, yet aiming to influence all, a group was formed, but eventually went dormant. That group, known only as The Organization, now has a new leader.

Do you have what it takes, to bring new growth and prosperity to The Organization? Or will you be exposed, and defeated, by the world that you seek to control?

The game was was made in Java, using LibGDX.